REGIONAL WASTE MANAGEMENT SYSTEM IN KRAGUJEVAC
(City of Kragujevac and the municipalities of Aranđelovac, Knić, and Rekovac)
PPF8/EuropeAid/137044/DH/SER/RS 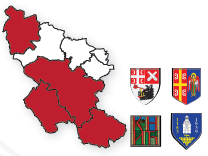 The waste collection rates vary greatly across these municipalities, with the widest coverage in the city of Kragujevac at 94%, followed by Rekovac at 69%, Aranđelovac at 68%, and Knić at 14%. Because there are no actual measured quantities, the total tonnage of solid waste is estimated at 97,000 tonnes annually, of which 68% is generated by the City of Kragujevac. According to the information on the composition of waste, around 72% of the collected waste is biodegradable.

This region uses no primary waste selection. It has no recycling yards (for obtaining recyclable components) nor municipal waste treatment infrastructure. Collected waste is usually transported to the existing unregulated landfills, where disposal takes place with no specific protective measures. The capacity of existing waste disposal sites will soon reach its maximum, and no procedure is in place to find other solutions.

The development of an environmentally sustainable waste management system with a view to reducing environmental pollution and degradation is crucial at both the regional and local levels for each populated area. The project’s overall objective is the construction of an adequate municipal infrastructure for collecting, transporting, sorting, and recycling waste based on the principles of vicinity and self-sufficiency, as well as addressing the harmful negative effects of waste, in a systematic and organized way. 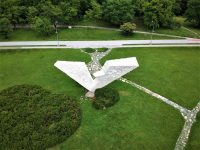