The Danube is the second-longest European river flowing through as many as ten countries. It is formed by the confluence of two smaller rivers in the Black Forest mountain range in Germany, it flows into the Black Sea in Romania and is part of the Rhine–Main–Danube Canal. Its entire course in Serbia (588 km) is navigable, but the Danube waterway is significantly narrower at the Djerdap gorge, due to the many vessels that were sunk there near the end of the World War II.

The Project to remove the sunken vessels is of great significance because the waterway is only 180-metre wide in that section of the Danube, downstream of Prahovo port, and the 23 vessels narrow the waterway to just 100 metres. The sunken ships jeopardise the navigation, especially during low water level periods. The first part of the project deals with finding the right way to demine and remove dangerous substances from the vessels, as well as finding the exact locations of the ships.

The project to remove the vessels that have been lying on the bottom of the Danube for more than seven decades will be financed by an extremely favourable loan from the European Investment Bank (EIB), in cooperation with the Government of Serbia. The cleaning of riverbed will make navigation in this part of the river far safer and faster. Some parts of the ships will be exhibited, and the rest will be returned to Germany. 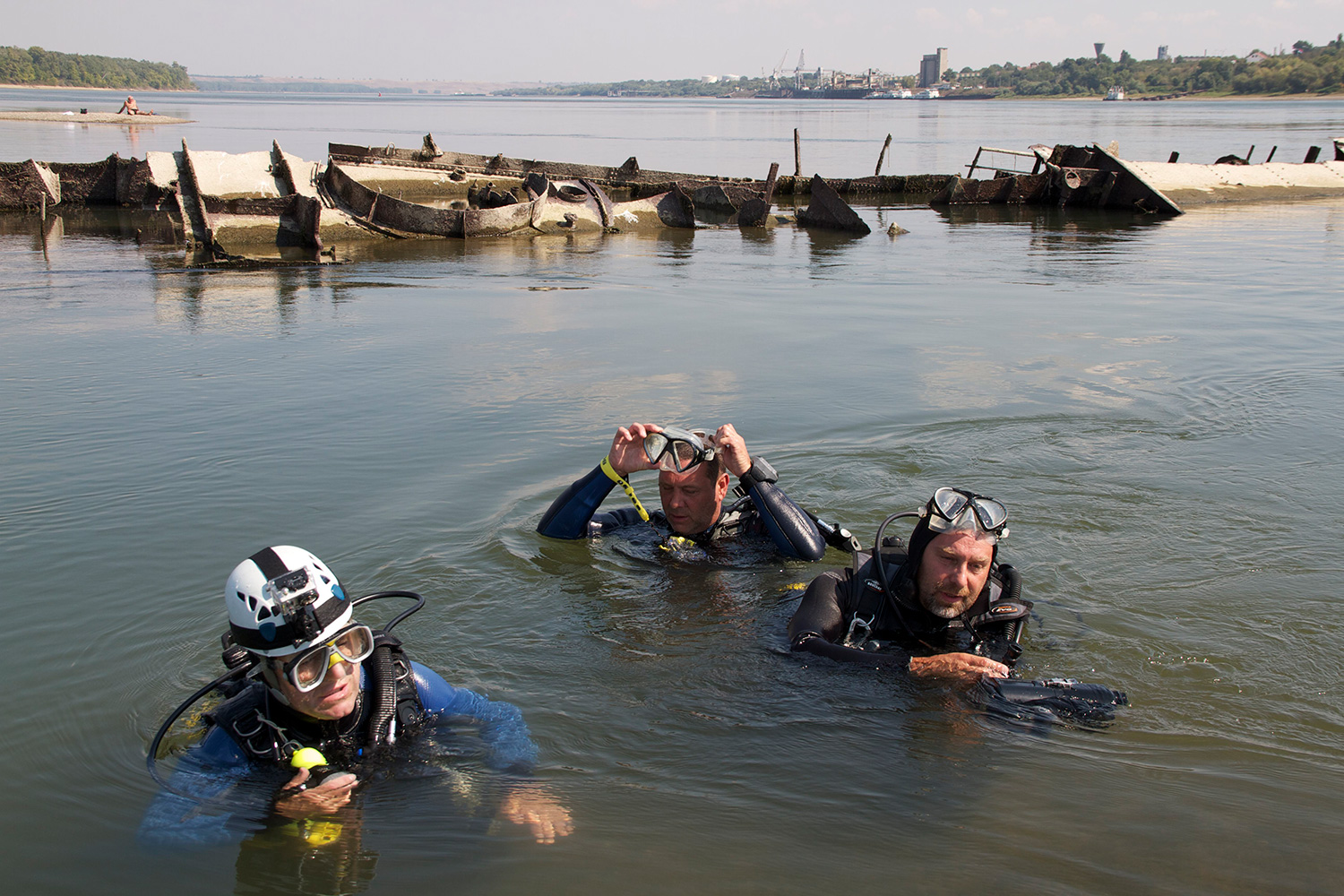 The investment will improve the river traffic in Serbia, as the country, according to Minister Zorana Mihajlovic, loses up to EUR 5 million per year due to unsafe navigation in this section of the Danube. The presence of the ships on the riverbed has a negative impact on the environment as well.

Dubravka Negre, Head of the EIB for Western Balkans, said that this project, whose first phase is financed by an EIB loan, is not only of great historical importance, but is also important for further economic development of Serbia.

The Ministry of Construction, Transport and Infrastructure is a partner that recognises investments in water transport as a step towards cleaner and safer transport.

Serbia is the only non-EU country where EIB invests in water transport. The Danube is part of a Pan-European Corridor and the implementation of this project will significantly contribute to a faster and more efficient transport of goods to EU Member States, which in turn contributes to Serbia’s economy.

The European Investment Bank has been active in Serbia since 1977, having invested more than EUR 6 billion in various projects. The biggest portion of funds, almost 40 per cent (EUR 2.1 billion), was invested in projects in the field of transport. Moreover, EUR 165 million was invested in the energy sector.

Serbia is one of the largest recipients of EU connectivity funds in the region, benefitting from over € 200 M EUR in grants for six investment projects (Modernization of Nis –Brestovac railway line; Modernization of railway line Nis – Dimitrovgrad; Construction of Nis – Plocnik (phase 1 of Peace highway; Construction of Intermodal terminal; Rehabilitation of Djerdap Lock I and Rehabilitation of Djerdap Lock II), leveraging investments for € 650 M EUR. At present, the EU with more than 30 MEUR grants is supporting preparation of investments in transport infrastructure in the range of 3 billion EUR. As part of the connectivity investments, the EU has donated 250 mil EUR for safer traffic in Serbia, connected the region in cheaper roaming network, modernized five key railroad lines and reconstructed or developed 3 bridges and the total of 682,5 kilometres of roads across the country. Connecting markets to circulate faster and safely people, goods, investments and services is key element of the EU. European Union supports Serbia in improving its energy, transport and digital infrastructure in order to be more market compatible and better connected to the region and the EU, creating new jobs and opportunities. With over 3,6 billion euros in non-refundable aid in Serbia through various projects in the last 20 years, the European Union is the largest donor, trading partner and investor in Serbia.