Connectivity for Better Future of the Western Balkans

Connectivity for Better Future of the Western Balkans

The European Commission President Ursula von der Leyen and President of Serbia Aleksandar Vučić visited Southern Serbia to mark the official start of works on the rehabilitation and modernisation of the railway Niš –  Brestovac, as well as the signing of the contract for the first part of the „Peace Highway“.

Both important infrastructure projects are part of the EU Economic and Investment Plan for the Western Balkans and will improve connectivity in the region, but also they will speed up connections with the rest of Europe through Corridor X.

EC President Von der Leyen said that these projects show that together, we are connecting Europe. 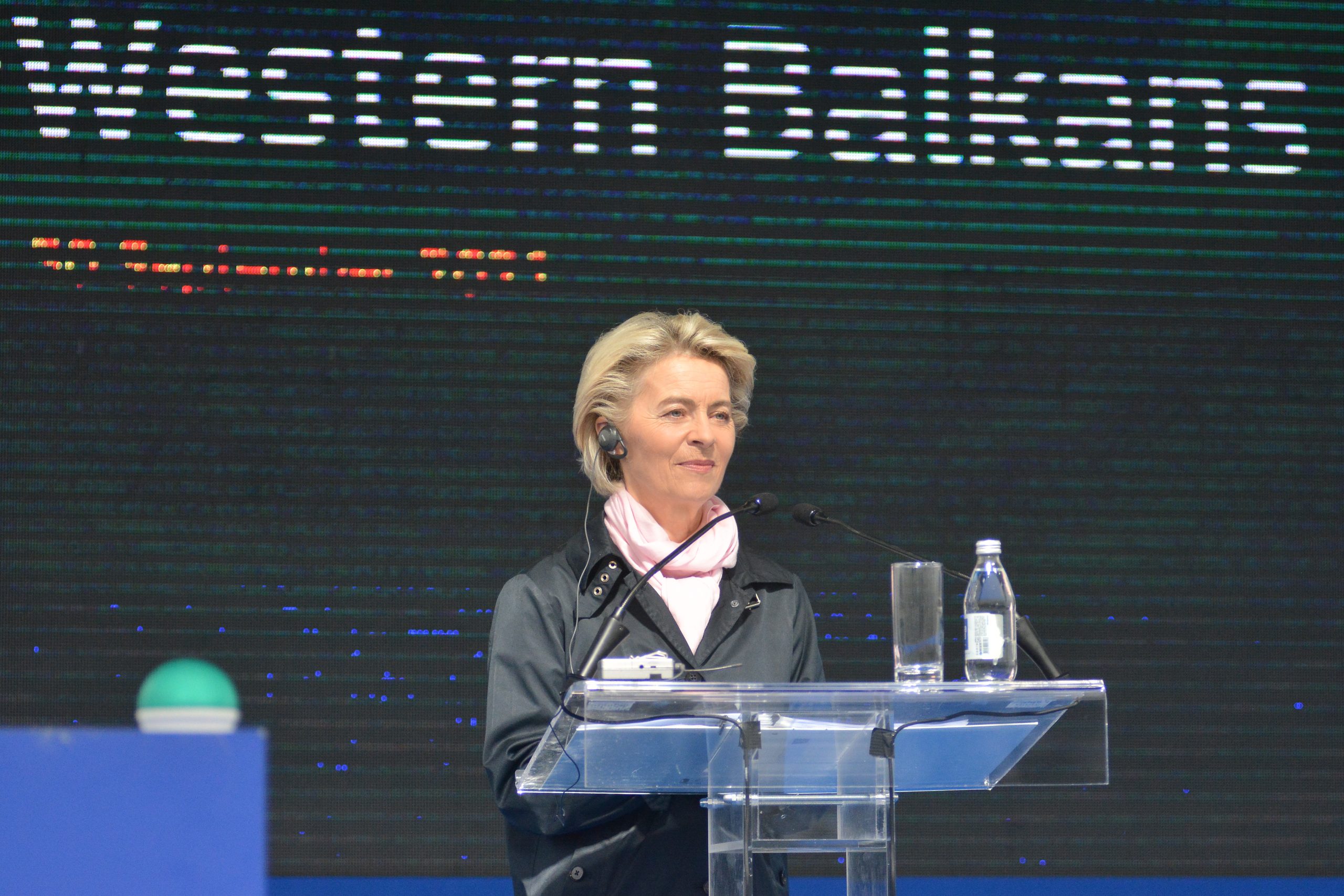 “Today`s signing is a symbol of this important cooperation and a connectivity project through which we build our common future, because a better future for Serbia is in the European Union. Of course, a lot of work is still ahead for us, we need to win against the pandemic and to spur economic recovery. We need strategic investments to ensure a lasting recovery”, said President Von der Leyen. 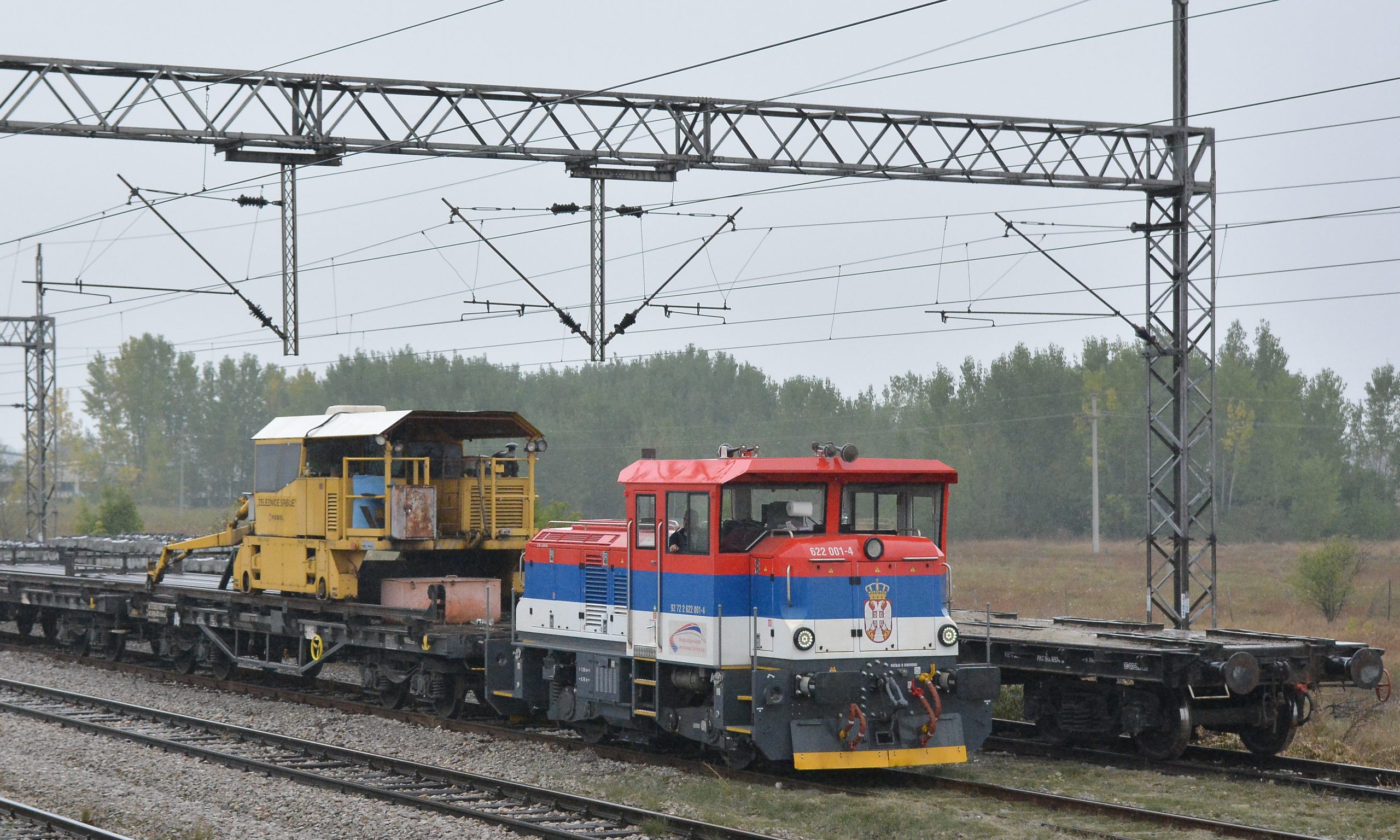 President Vucic thanked the EU for funds of Member States taxpayers, as this money is being used for improving life in Serbia.

“This is huge money for us. We know that in Europe you have more funds for the Member States, but this is also a big encouragement for us, the great respect you showed and you have our great gratitude for what you done for our country. This route connects us with Vienna, Budapest, over Novi Sad, Belgrade and Niš, Skopje, Thessaloniki, and Athens. For us, it is important as it connects Niš with Leskovac, Vranje, North Macedonia and Greece. This is going to be one of the most important routes connecting Southern and Centra Europe”, said President Vučić.

The total length of the railway covered by this project is 22.8 kilometers. The project envisages complete overhaul and modernisation on that part of the railway.

After the reconstruction, the railway will be fully in line with the EU technical standards for much higher speeds than now. 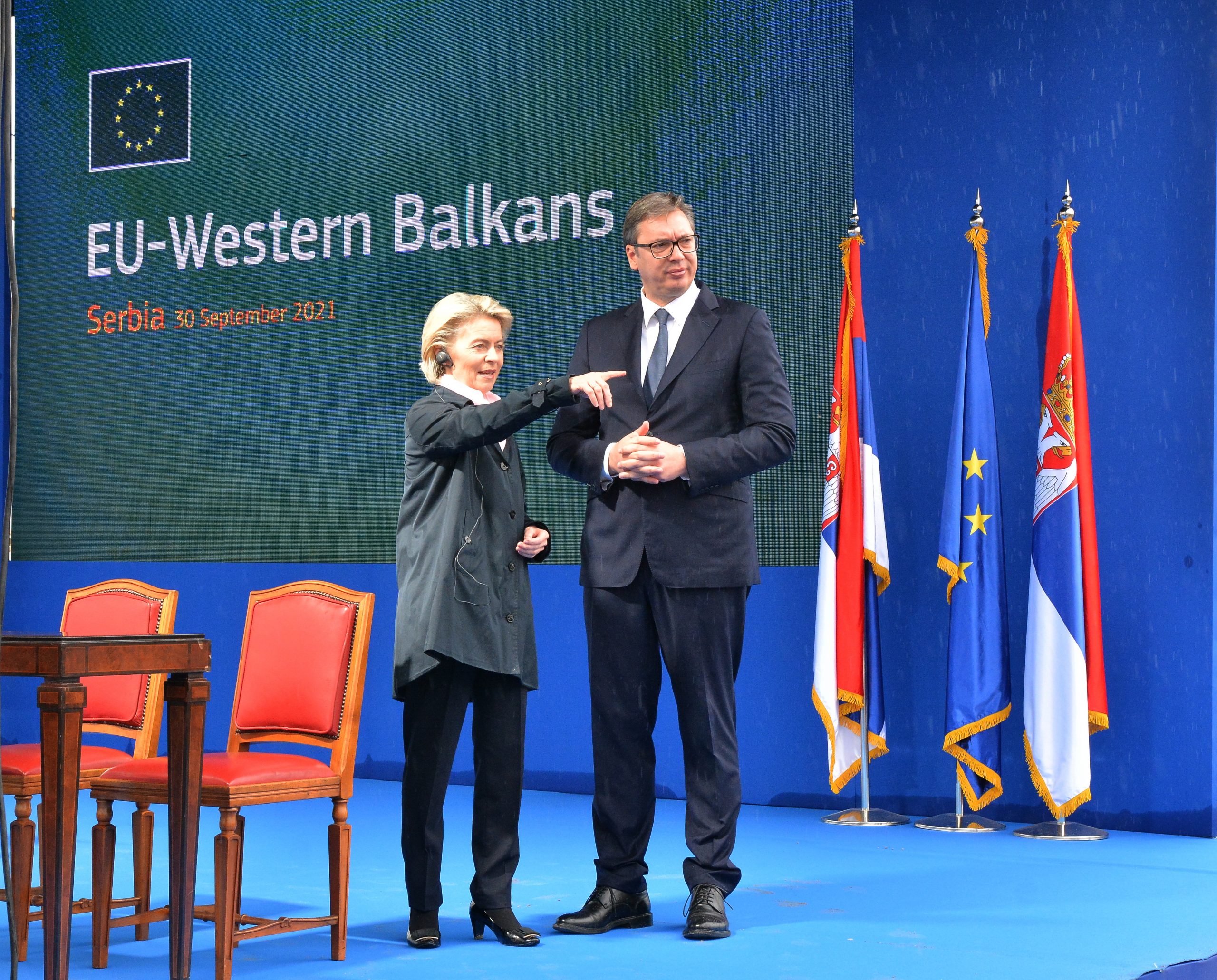 At this line, trains can currently run at a maximum speed of up to 70 km/h, but due to the condition of the railway infrastructure, light runs of 10-20 km/h have been introduced in some places, with the aim of preserving traffic safety.

The cost of the project is almost 60 million EUR, and the worth of EU grant is 44 million EUR.

This railway is part of the important Corridor X connecting Europe in North – South direction, and it will connect Belgrade to Presevo (border with North Macedonia). The investments will continue in modernising railway lines between Belgrade and Niš with support of the EU, EBRD and EIB, while preparations are ongoing for rest of Corridor X. Trains will reach speeds of up to 200 km/h where technically feasible.

“Peace Highway” will connect Niš with Priština, continue to Tirana and end in Durrës on the Adriatic Sea. This connection will further promote and improve regional integration in Western Balkans.

The section covered by the contract signed today will connect the points Merošina and Merošina 1. It was awarded to the consortium made by Strabag AG from Austria and Strabag doo from Belgrade. 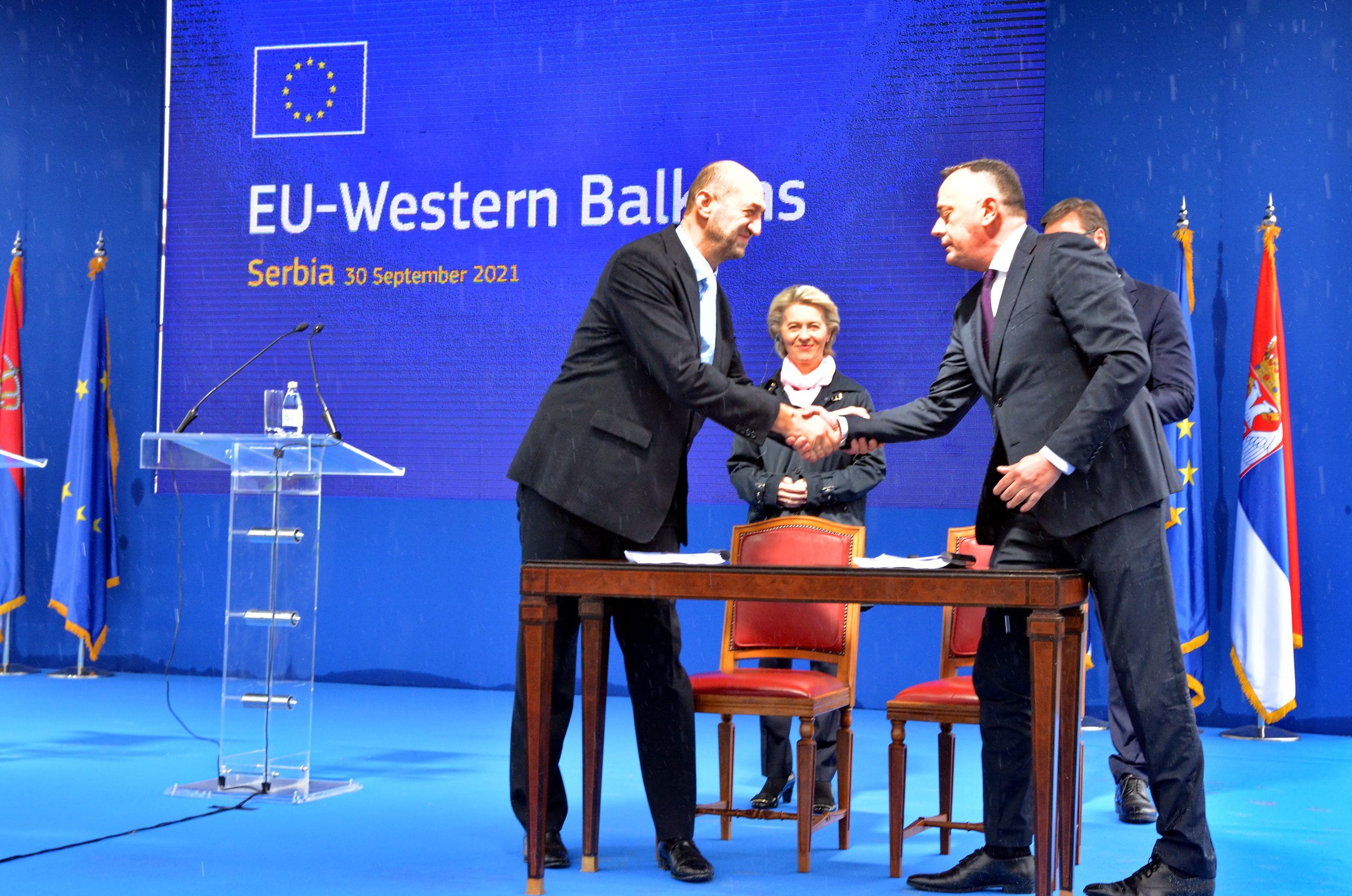 The Economic and Investment Plan sets out a substantial investment package mobilising up to €9 billion of funding for the region, which should boost 20 billion additional investments in Western Balkans. It will support sustainable connectivity, human capital, competitiveness and inclusive growth, and the twin green and digital transition.

The Plan identifies ten investment flagships to support major road and railway connections in the region, renewable energy and the transition from coal, renovation of public and private buildings to increase the energy efficiency and reduce greenhouse gas emissions, waste and waste water management infrastructure, as well as the roll out of broadband infrastructure.