Citizens of Bela Palanka, Pirot and Dimitrovgrad will have access to natural gas after the construction of a gas interconnector that will connect Niš and Sofia. Southeast Serbia will thus get a source of cleaner and cheaper energy for heating than before, but it will also benefit the industry and many other areas of the economy.

On the occasion of the beginning of works near Dimitrovgrad, the Ambassador of the European Union to Serbia, Emanule Giaufret, expressed satisfaction because he assessed that this is a very important project for energy connection between Serbia and the European Union. 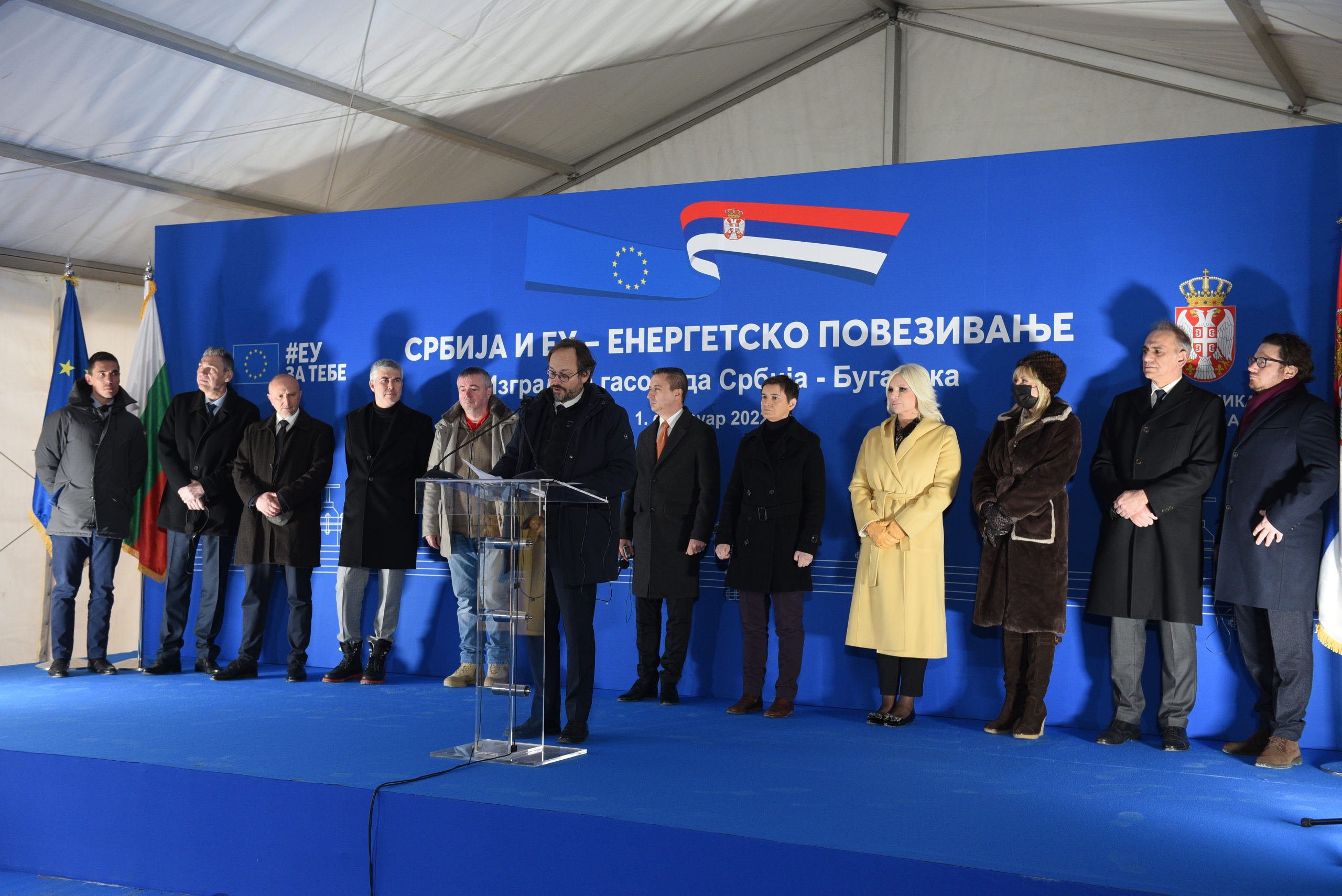 “This is another step towards better connection between Serbia and the European Union.” We connect in two very important areas. The first is energy security, and the second is a cleaner environment. These two areas are important in the context of European integration, but also for every citizen of Serbia. Today, we are taking an important step towards securing exactly these two things, “said Ambassador Giaufret, adding:

“Transition and modernisation require significant investments. With this investment, we reaffirm the European Union’s commitment to helping Serbia transition from coal to less polluting energy sources. ”

Ambassador Giaufret reminded that in December last year, with the opening of Cluster 4, Serbia received recognition for the progress made in the sectors of energy, environment and transport.

The EU provided 49.6 million euros for the Serbia-Bulgaria gas interconnector project as a non-refundable aid – money that Serbia does not have to return, 25 million euros was provided through a favourable loan from the European Investment Bank, while Serbia directly contributes 7.5 million euros.

The Prime Minister of Serbia, Ana Brnabić, emphasised the importance of the project for the citizens of Serbia.

“This additional gas interconnection with Bulgaria, with the support of the EU, for us in Serbia will mean a better quality of life for all citizens, especially those living in eastern and southern Serbia, will mean additional competitiveness for our economy, but will also mean new investments and new work places. “Also, this project means the most concrete fight for better air quality, for the Green Agenda, because we will be able to expand the gas pipeline network, to give subsidies so that people who now heat individual fireplaces can connect to central district heating,” said Brnabić. 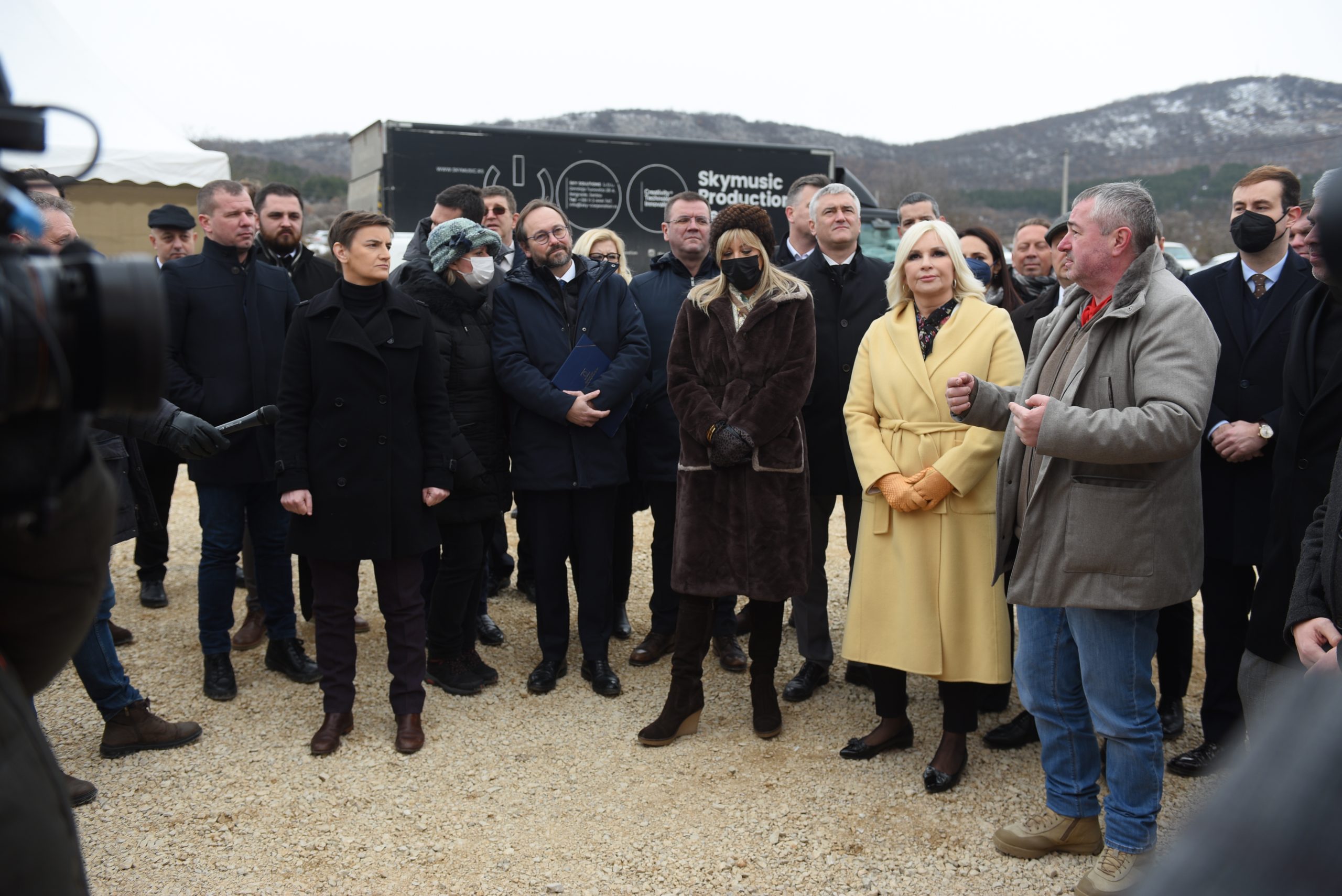 Bulgarian Energy Minister Alexander Nikolov reminded of the importance of such projects at a time when changes in the energy market are constantly present.

“The sustainability of the energy sector is critical, so we must ensure that such projects of common interest are realised as soon as possible. Thus, we ensure energy stability and diversification of energy sources in the entire region. “I want to congratulate the teams from Serbia and Bulgaria, and of course the EU, on starting this key project,” Nikolov said.

The new gas interconnector will connect the city of Niš with the Bulgarian capital Sofia. The projected capacity of this new gas pipeline will allow flow of 1.8 billion cubic metres of natural gas annually. Finalisation of the pipeline construction is planned for Q4/2023.

The new Niš-Sofia gas pipeline (together with the new pipeline under construction between Greece and Bulgaria) will diversify energy sources in Serbia and the Western Balkan region.  It will thus also reduce dependency on one dominant supplier. The other sources could include the LNG (liquefied natural gas) from Greece and Azeri gas coming through the TANAP (Turkey) and TAP (Greece) pipelines. 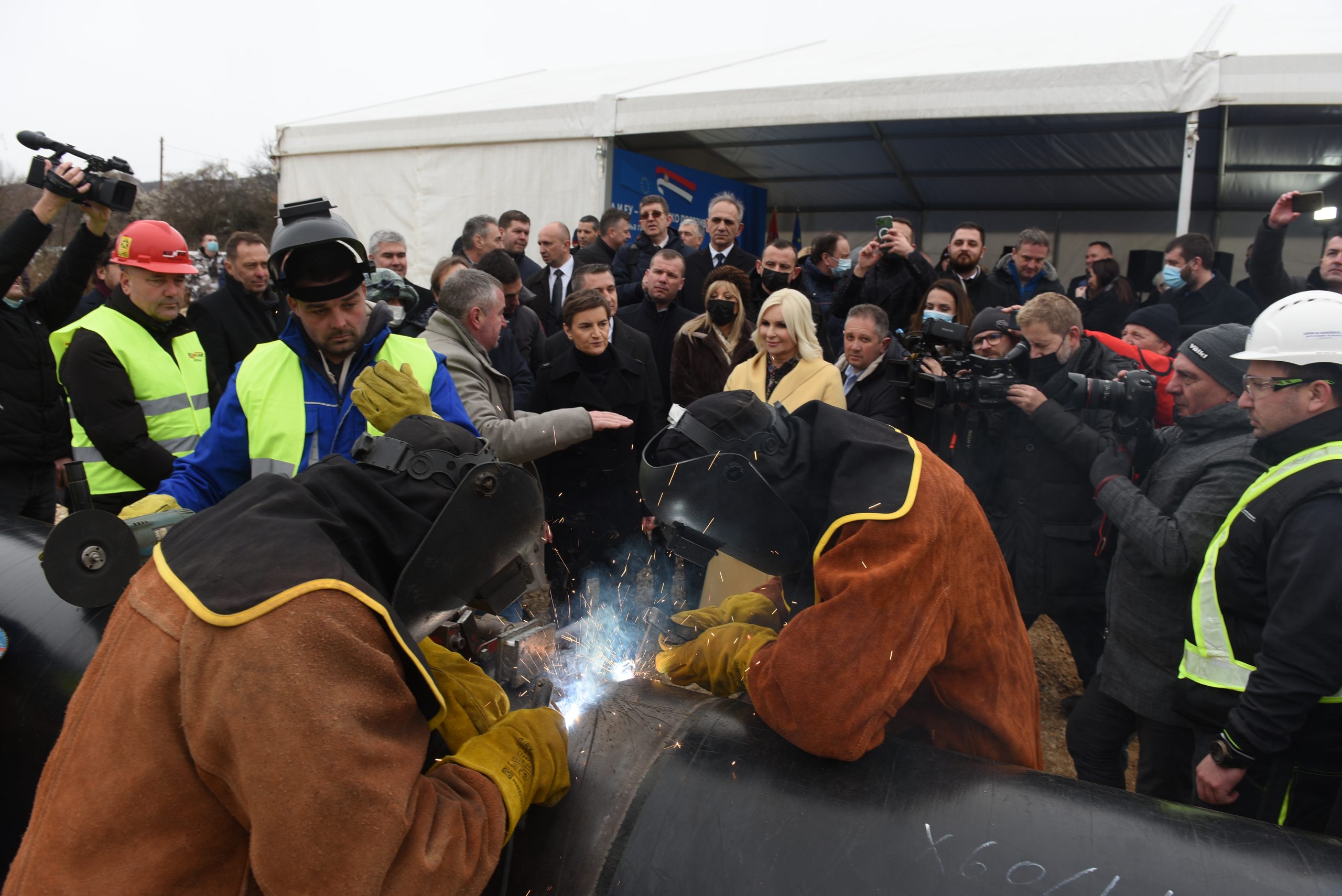 The European Union is the biggest donor out of all other international donors put together. The EU has invested more than EUR 830 million in the energy sector in past two decades. Only in 2022 the EU support to energy sector in Serbia is estimated at EUR 100 million.

Diversification of energy sources, security of supply, energy efficiency and decarbonisation of the economy in line with the Paris Agreement are the main goals of the EU support. The support from the European Union is implemented in cooperation with the Serbian Government.

The EU will continue supporting Serbia in alignment with the EU Acquis and creation of the structures that will enable further investments in decarbonisation of the energy sector. 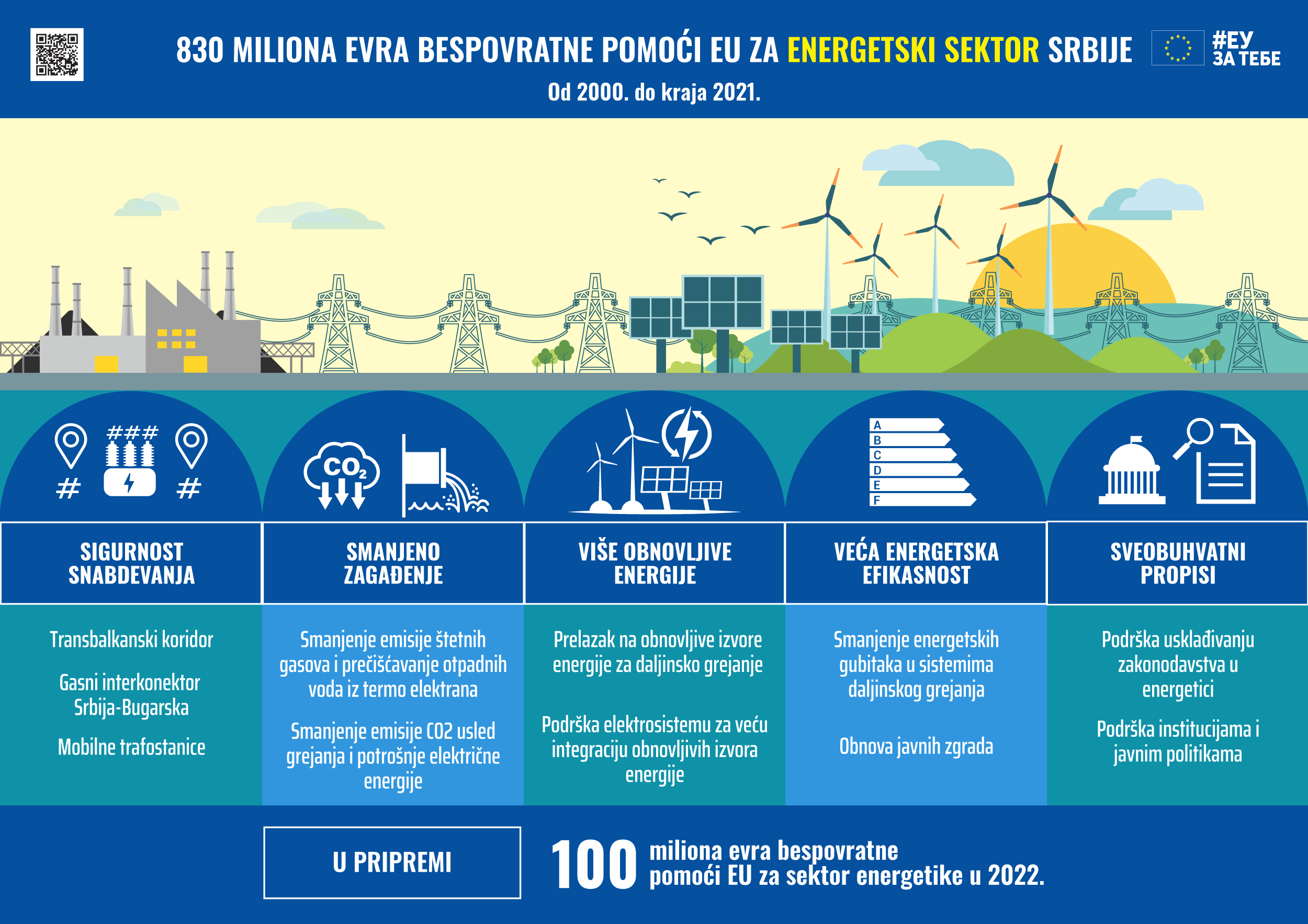