Online event entitled Healthy environment for healthy life kick started this year’s EU Green Week and pointed to the many links between the quality of environment, on the one hand, and the quality of life and the overall wellbeing of Europeans, on the other. EU Green Week 2021 is dedicated to the ambition of “zero pollution”. It also looks at relevant European initiatives within the Green Deal, such as climate action and the initiatives in the areas of energy, industry, mobility, agriculture, health, and biodiversity. The panel gathered decision makers from the EU, as well as experts and delegates from international and civil society organisations.

“We have known for a long time that environment affects the physical wellbeing of people. But now we know that it greatly affects mental health, too, resulting in studying issues in children, for example. Europe probably has the most advanced chemical pollution reporting system. However, we still don’t know everything about the negative effects of those chemicals. We recently launched the European climate and health observatory. This influence is not distributed equally. The most vulnerable get affected more by negative effects of their bioenvironment,” said Hans Bruyninckx, executive director of the European Environmental Agency (EEA). “But we have some good news, too. Thanks to the EU and its policies, we already experience a substantial decrease in pollution. For instance, air pollution has decreased in the last couple of decades. The EU has a positive influence. More and more evidence point to the fact that healthy environment affects general health of the population. The EU invests in and understands the connection between environment and people’s health,” Dr Bruyninckx added.

“Urbanisation, industrialisation, and excessive use of resources all have a negative effect on biodiversity and environment. It is clear they are all linked to the occurrence of new diseases. Climate change affects new pathogens and allow them to spread more easily,” said Dr Hans Kluge, regional director Europe of the World Health Organisation (WHO) in his video message. Speaking about alternatives, Dr Kluge pointed out: “Once the pandemic is over, governments will have two options – to continue business as usual and degrade environment further, or to take a new approach based on green and healthy recovery. There are several steps within this approach: one, to reduce pollution risks; two, to incorporate health in policy making; three, to increase the capacity and resilience of health systems, and finally, to advocate more vocally for climate policies and initiatives. The pandemic opened our eyes and proved to be crucial for putting climate change at the top of the global agenda,” said Kluge.

“The pandemic has taught us that human health is directly linked to the health of our planet. Pollution affects the most vulnerable groups – the elderly, the sick, and the poor. We, therefore, have a moral obligation to change. This, however, is not a mere obligation. European recovery plan foresees 1,3 trillion euros of investment and has environmental protection policy embedded in it,” said Marius Vaščega, head of commissioner Sinkevičius’ cabinet – Environment, oceans and fisheries. Speaking about EU’s plans, Vaščega pointed out that the EU’s goal is to reduce pollution to the levels that no longer affect our environment by 2050. This goal opens numerous business opportunities, too, as well as new technologies, ways of production, and innovation in the areas of energy, economy, and transport. “We want to connect environmental protection with every policy we have. So far, environmental protection was fragmented. This is crucial and we can’t afford to lose this chance,” he said. 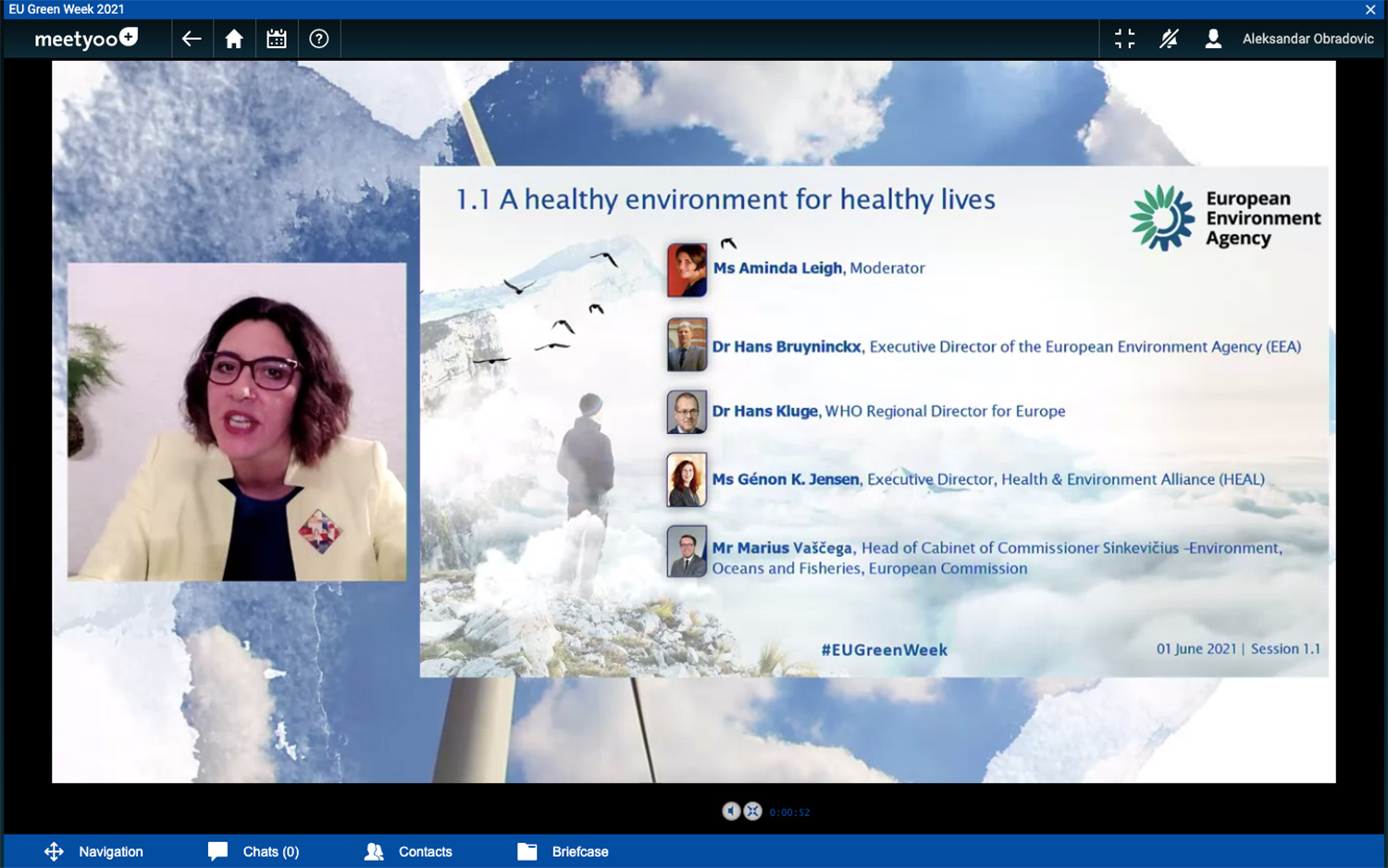 Génon K. Jensen, executive director of the Health and Environment Alliance (HEAL) said it she was happy that the EU had launched the zero-pollution policy, and added she hoped to see the plan put in motion. “We need to align the pollution standards with WHO recommendations.  Also, we need to keep fossil fuels where they belong – in the ground. We must not use heavy chemicals to produce everyday products. These are some examples that show us how extensive pollution is and points to the things we need to change. Today, we have a unique opportunity to change them and create a healthy environment for healthy life for all”, said Jensen.

EU’s Action Plan toward zero pollution is a key action within the European Green Deal for 2021. It will help to create a toxic-free environment across the EU and allow it to better prevent, remedy, monitor and report on air, water, soil, and consumer products manufacturing pollution. It will also support post-pandemic recovery by lending support for the recovery of sustainable economy in the EU, through creation of new job opportunities and by decreasing social inequalities.

EU supports Serbia to achieve its environmental goals and raise them to the EU standard. From the EU alone, Serbia has in the past 12 years received over eight billion euros, including over four billion in grants, making it by far the biggest donor in Serbia. The EU has thus far invested more than 400 million in environmental protection in Serbia. Serbia celebrates EU Green Week 2021 with a series of events taking place in several cities and towns till 5 June.