Emanuele Giaufret, Ambassador and Head of EU Delegation to Serbia

The year 2022 started with optimism for environmental protection in Serbia following the opening in December 2021 of the Cluster 4 for transport, energy, trans-European networks and environment and climate. In practice, the opening of negotiations in a cluster of chapters means that the substantial negotiations can start in these areas.

This also means that continued substantial efforts by Serbia are needed to fulfill the necessary conditions to close those chapters. We often notice a big focus on the opening of clusters or chapters but closing chapters is a key element to the conclusion of accession negotiations as a whole.

There is equally a lot of work ahead when it comes to climate action.

While the heated debates of the Glasgow climate conference (COP26) back last year have cooled down, our climate keeps heating up. A lot is at stake.

The world’s chance of holding global temperature increase to 1.5C above pre-industrial levels is very thin. Climate change is not an abstract idea. The ravages of climate breakdown could become catastrophic, and some are already irreversible.

COP26 gave us hope and confidence that we can provide a safe and prosperous space for humanity on this planet. But there is no time to relax: there is still hard work ahead.

Russia’s aggression on Ukraine also demonstrated the need for Europe and the readiness of the European Union to further reduce its dependency to Russian fossil fuels. This can also give an extra push to cut carbon emissions and have a positive impact on the fight against climate change.

Zooming in to Serbia

At COP26, Serbia expressed a valid concern about the financing for a green transition, safeguardingenergy security and supporting workers to switch to green jobs and industries.

The good news is that the financing is there. However, for “green financing” to make sense, it is necessary to increase climate ambition. The climate ambition of each country is reflected in nationally determined contributions (NDCs), which are plans containing targets on emissions cuts and adaptation, usually pegged to 2030, and information on how they will be met. Adoption of revised NDCs, which Serbia announced prior to the COP26 – is the best way to ensure access, not only to various environment and climate change global funds and bilateral grants, but also to favourable green loans and other borrowings.

Serbia’s robust economic growth and significant investments in infrastructure are evident. However, to maintain and bring new growth, deep decarbonization and a green transformation is needed, particularly if we have in mind the country’s key export market – the EU, where consumers are already favoring goods with a low carbon footprint.

Energy is of course a key sector in Serbia for the fight against climate change and holds the key to a climate neutral economy and society. Energy efficiency and renewable energy sources are the main vehicles for a clean energy transition. Increasing energy efficiency and using more renewable energy in the economy (including buildings, transport sector and industries) will not only create energy savings, but also reduce emissions and air pollution.

Currently Serbia spends three times more energy per GDP unit than the EU average. Increasing energy efficiency in public buildings by only 10% would remove the need for one older thermal power plant. Serbia could increase the efficient use of energy by renovating public and private buildings and by helping enterprises in Serbia spend less energy in their production process.

In parallel, we need to start working together on adapting to an alreadychanged climate. We know from several studies that Serbia and South Eastern Europe are in a region that is heating up faster than the global average. This means it will be strongly affected by climate change and children born today may well experience the dramatic effects of intensified floods, wildfires, droughts and harsh economic impacts. Farmers will lose incomes, infrastructure like roads and railways could be heavily affected. Through it all, the cost of not acting will be higher than the cost of acting.

Being highly vulnerable to the adverse impacts of climate change, Serbia could face $13 million in losses and damages by the end of this decade.

To have enough water supplies for food production and energy generation, Serbia needs more resilient types of crops, water storage systems (such as dams and water reservoirs), as well as drainage systems. Also, building wastewater treatment facilities would reduce organic pollution of watercourses and lakes and maintain their viability under increased temperatures and expected water shortages.

There are also numerous small-scale innovative solutions that are becoming increasingly affordable and easily deployable to help Serbian farmers to adapt. For example, Serbian scientists at the Institute Mihajlo Pupin have developed innovative technology to ensure resource-efficient and climate resilient farming for small and medium-sized farms.

To kick-start the green transformation, the EU has prepared the Green Agenda for the Western Balkans, as part of the EU’s Economic Investment Plan for the Balkans. This Agenda tackles five broad areas covered by the Green Deal: decarbonisation, depollution of air, water and soil, circular economy, farming and food production, and protecting biodiversity. The Western Balkans economies have endorsed fully the Green Agenda, and also recently adopted its regional Action Plan in Brdo, Slovenia.

The EU for Green Agenda in Serbia, in cooperation with the Ministry of Environment, UNDP, Swedish Sida and European Investment Bank (EIB), will help Serbia to improve policies, take concrete actions and scale-up investments for green transformation. It is an 8 million euros program to abate air pollution, fight against biodiversity loss, support businesses to become more circular, etc.

Many people in Serbia have become increasingly concerned about the environment. The recent demonstrations organized in the country against for instance air pollution show that these issues are becoming increasingly important.

The EU has the strictest environmental legislation in the world. EEA reports show that when well enforced, EU legislation allows decreasing air pollution, providing clean water and decreasing emissions, while creating jobs and growth. We believe that a strict enforcement and full implementation of the respective EU legislation transposed in Serbian law will also help to improve environmental protection in Serbia.

In the long run it is simply smarter to go green. In parallel, it is the only way to go, for the people, the economy and the planet. 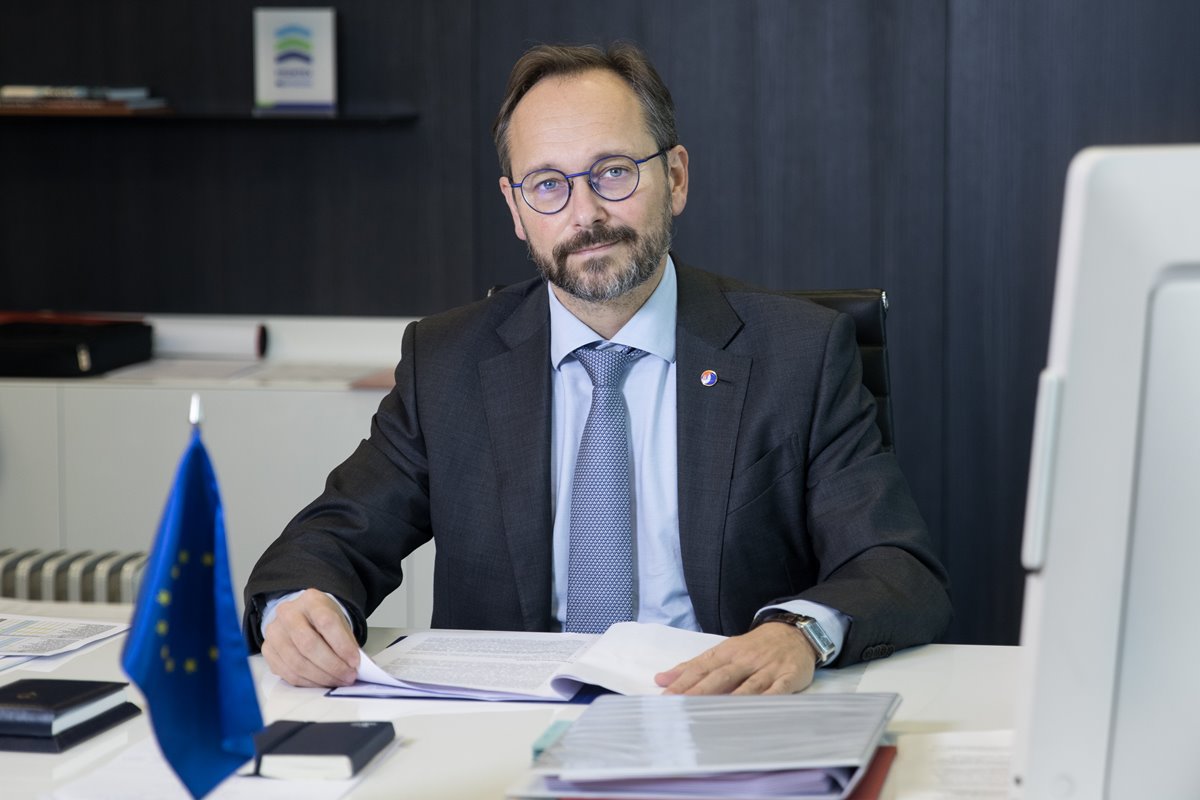 So what the EU does to help Serbia?

EU funding is important and quality of EU expertise is key. We need also: 2. Policy dialogue with Government, municipalities, civil society and 3. Invest in people and institutions to increase capacities at national and local level, build and align legislation with EU acquis.

For instance, the PLAC III project provides expert support to the Serbian negotiation structure in charge of carrying out the accession negotiations. The assistance is comprehensive and it has been provided, among others, through workshops, trainings, study tours delivered within the framework of the Project.

The PLAC III provides a large number of working days to Chapter 27 – Environment and Climate Change (705 working days, more than one fifth of total number of 3,102 WDs).

The outputs that have been delivered so far by the Project reflected fully the intensive efforts of Serbia that brought about opening of the Cluster 4 (Green Agenda and Sustainable Connectivity) in December 2021.

The Project’s assistance is demand-driven and PLAC III experts (most of them coming from the EU Member States which provides opportunity to share best EU practices) work in close cooperation with the Ministry of Environmental Protection and the Negotiating Group for Chapter 27.

PLAC III supported Serbian demands in development of policies and legislation including among others:

More will come from PLAC III support, such as transposition of new EU requirements regarding extended producers’ responsibility, end-of-waste status and single plastic use, implementing municipal waste management plans in compliance with the revised Union waste management acquis and alignment with the EU rules governing CO2 capturing and storage.

Source: Author’s text of the Head of the Delegation of the European Union in the Republic of Serbia H.E. Emanuele Giofrea written for the PLAC 3 project website – www.eunifo.rs/plac3