High-speed railways are the future of the Western Balkans

High-speed railways are the future of the Western Balkans

The future lies in modern railways, in a digital environment, on which high-speed trains run connecting the cities of the Western Balkans. That is the vision that the ministers of transport of the region stood for at the Western Balkans Rail Summit held today.

During the European Year of Rail, at the beginning of the Summit, “Connecting Europe Express” arrived at the Belgrade Centre railway station, a train that travels through more than 100 cities, symbolically connecting Europe. The train consists of a wagon with an exhibition which presented the most important projects, as well as the advantages of the railway in Europe, which was jointly visited by the summit participants. 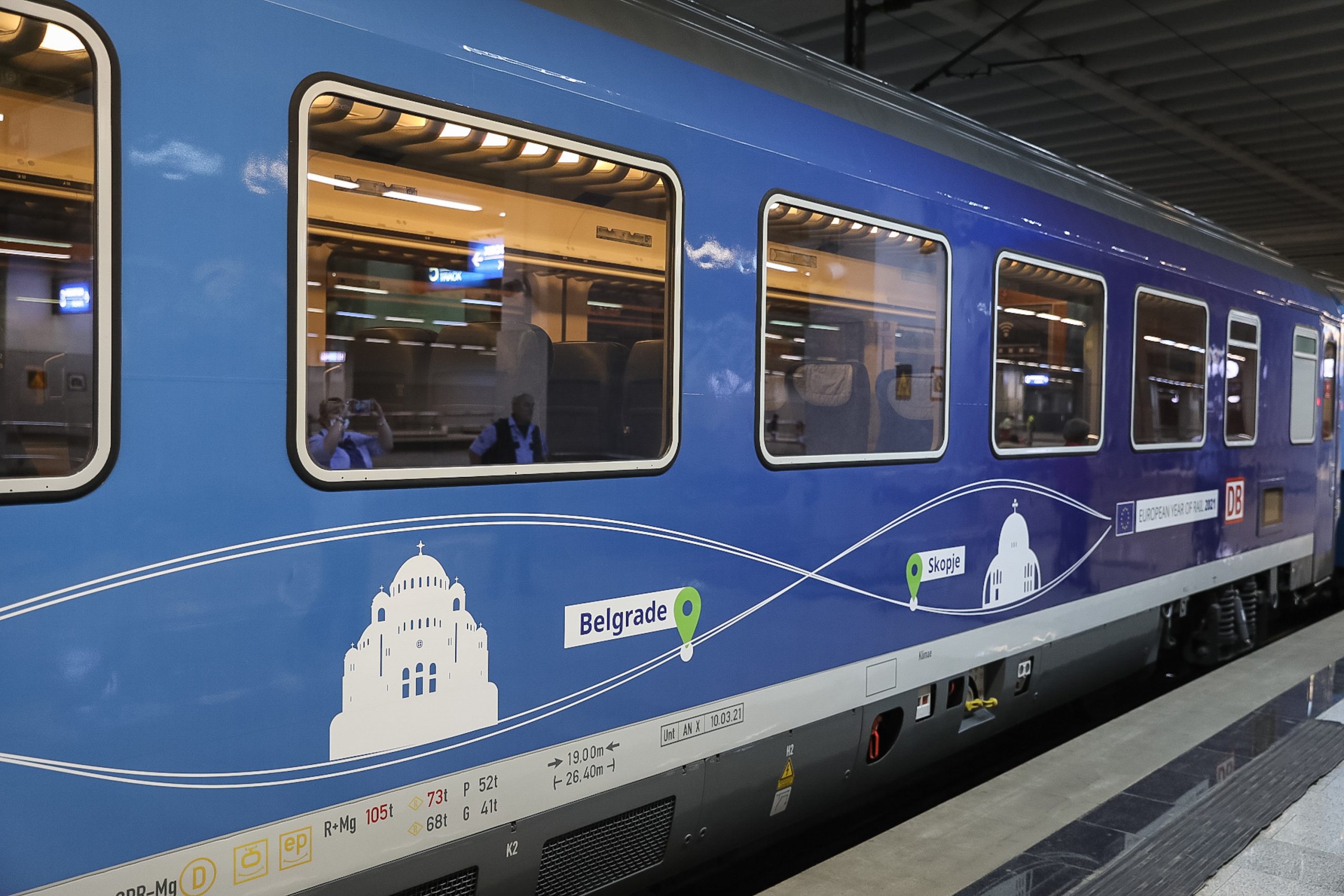 “The European Commission will continue to support the Western Balkans to develop and modernize the railway sector. The plan includes EUR 1.5 billion for railway development, such as the development of a high-speed railway on Corridor X that will connect Budapest with Belgrade and further with Niš, Skopje and Greece, and the development of Corridor IV that will connect Belgrade more quickly with Bar in Montenegro and Podgorica. “, Said the European Commissioner for Neighbourhood and Enlargement, Olivér Várhelyi, in a video message, at the opening of the Western Balkans Rail Summit. 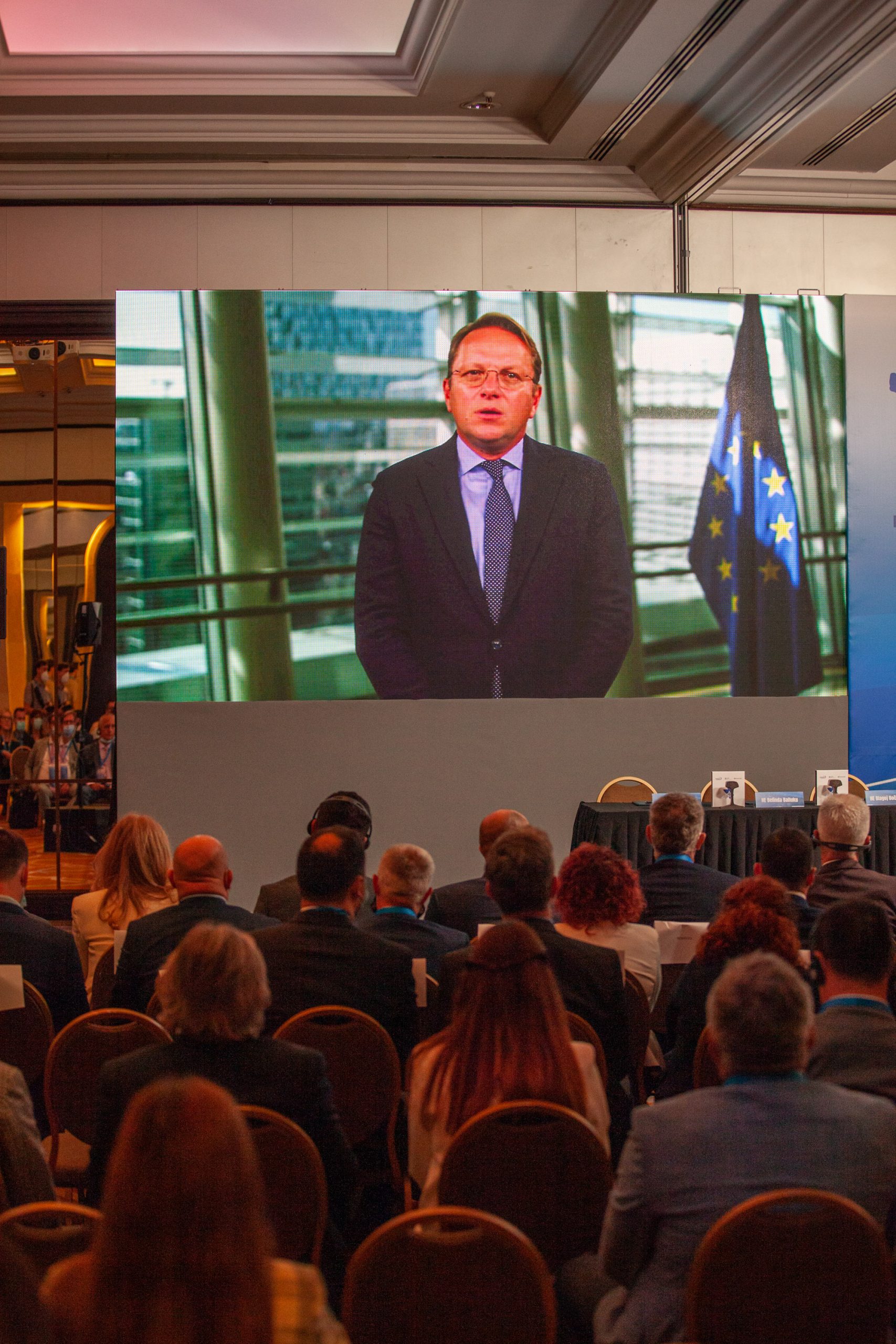 The director for the mobility and transport sector within the European Commission, Maja Bakran Marčić, said that people living in Sarajevo, Skopje, Belgrade and many other cities in the Western Balkans breathe one of the most polluted airs in the world.

“The railway offers a good part of the solution for such a situation. As the greenest mode of transport, it will play a key role in achieving climate goals. Our goal is to switch to the most sustainable modes of transport and increase the number of passengers and the amount of goods on the railways. That is something we want to apply in the Western Balkans as well, and we will actively work on that together with you,“ said Bakran Marčić.

“My vision is to board the train in the morning in Ljubljana and arrive at 10 o’clock meeting in Zagreb, while constantly having access to wireless internet which is fast and reliable. My vision is to leave Belgrade to visit friends in Skopje and take a direct train, which takes less than 4 hours for that trip. To arrive from Sarajevo to beautiful Montenegro by night train in the evening or early in the morning. The goal is for the stations in the region to compete with Antwerp, Hamburg and Rotterdam, distributing goods throughout Central and Eastern Europe, “said Matej Zakonjšek, director of the Permanent Secretariat of the Transport Community. 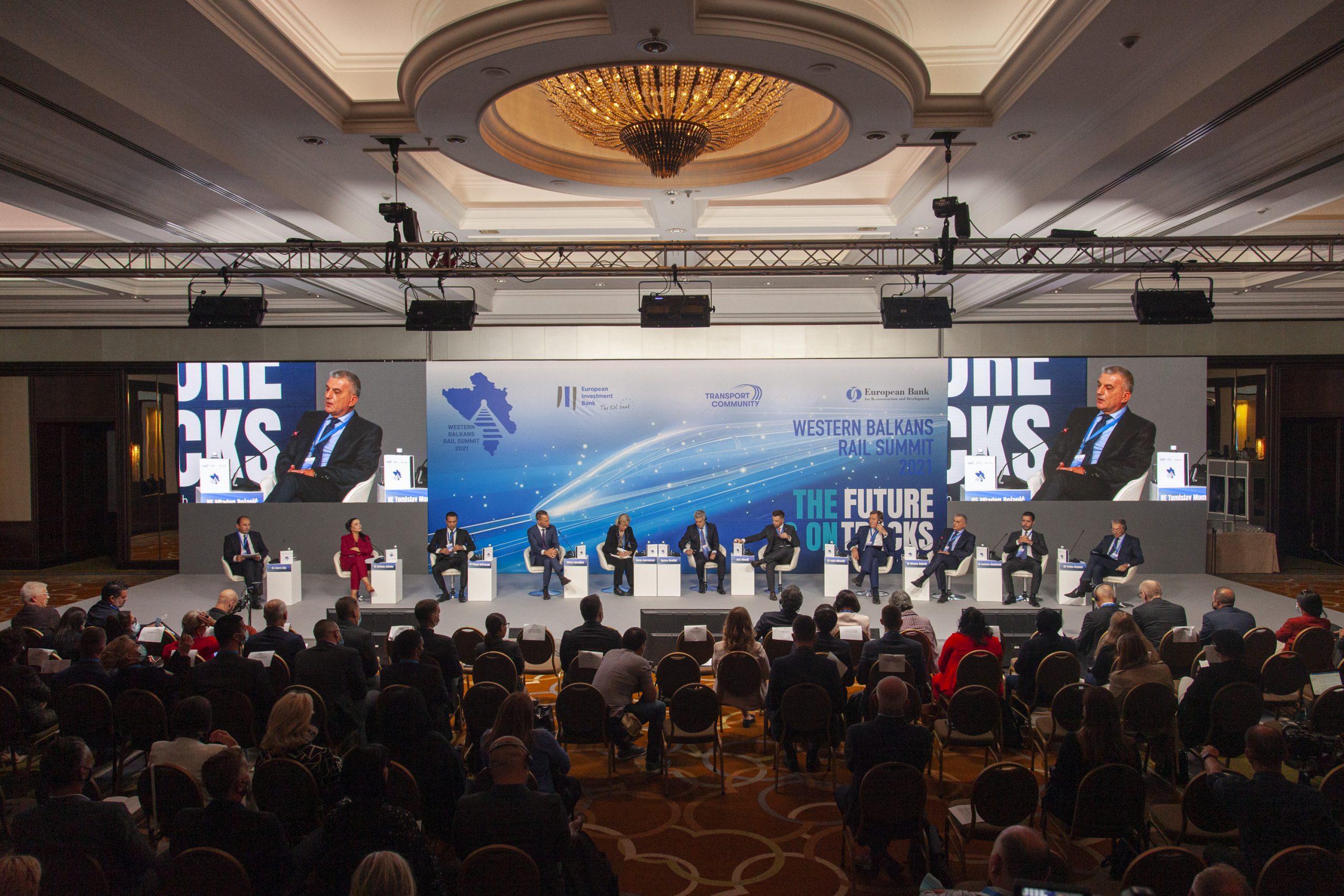 “We cannot miss the opportunity to promote rail transport. Especially in the Western Balkans where connectivity remains a planned priority. “Unfortunately, the railway sector has been disrupted in the Western Balkans, but the time of railway has come,” said Nandita Parshad, Director of the EBRD’s Sustainable Infrastructure Group.

As a partner, the EIB has invested close to EUR 10 billion since 2009, and more than EUR 5 billion has been invested in the transport sector. Last year, we increased the volume of investments in the region by almost 50 per cent, compared to 2019, to provide much-needed support in the critical period, said Ljiljana Pavlova, EIB Vice President for the Western Balkans. 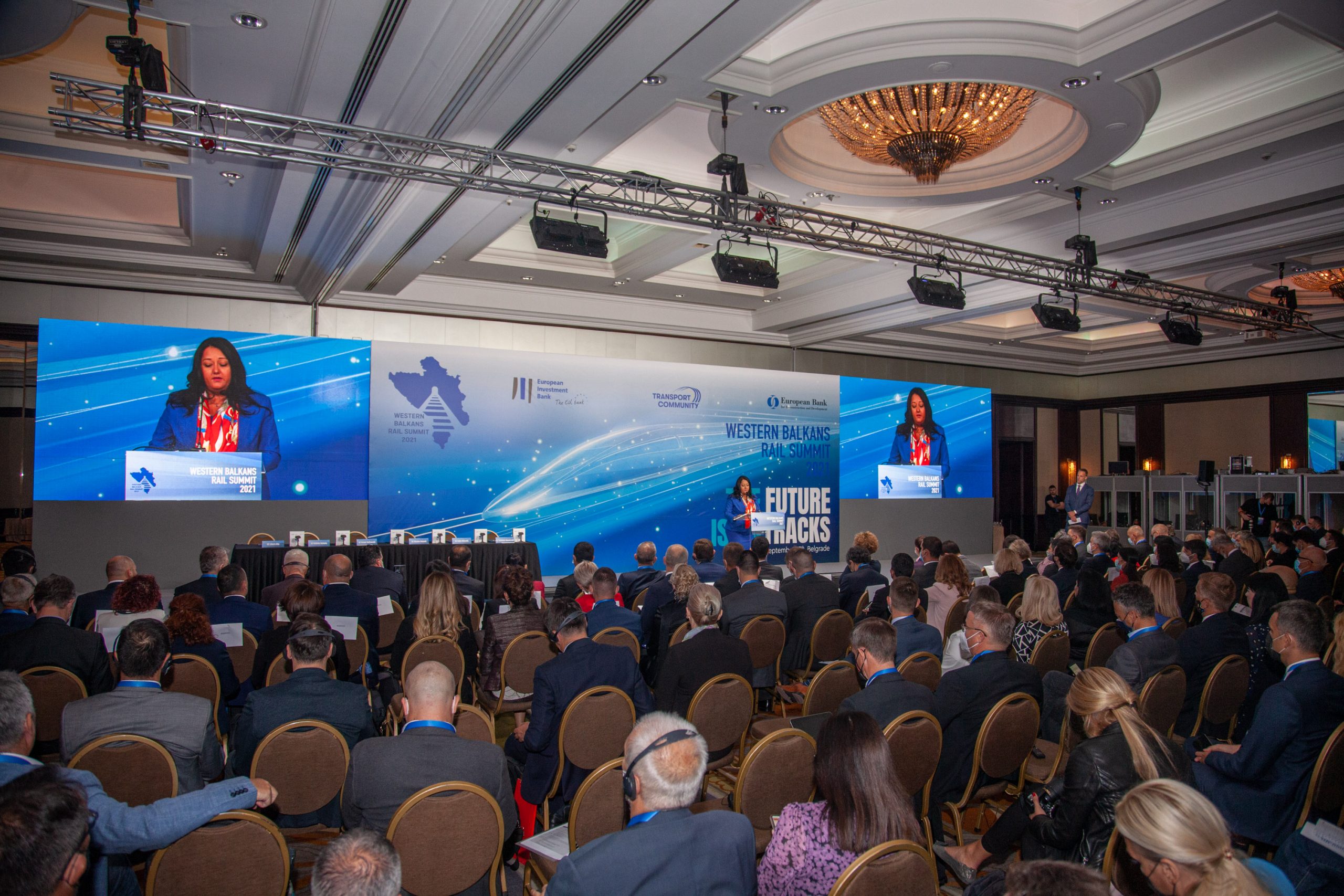 The Prime Minister of Serbia, Ana Brnabić, emphasized the importance of the railway Corridor X for passenger and freight traffic in the European framework.

“Although we are not formally a member state yet, it is an indicator that Serbia and the region are part of Europe and that our entire region is part of the European family. Exactly two years ago, together with the Commissioner for Transport of the European Commission, we opened the offices of the Transport Community in Belgrade, which made Serbia the host of this international organization,” Brnabić reminded.

In the last 11 years, the European Union has funded numerous railway modernisation projects in Serbia, with more than EUR 142 million in grants. The EU is funding the modernisation of five key railway sections in Serbia that are part of Pan-European Corridor X. EU investments are used for the preparation of project and technical documentation necessary for the start of works, by providing EU grants and co-funding. In addition, the European Investment Bank (EIB) and the European Bank for Reconstruction and Development (EBRD) both offer soft loans to Serbia. 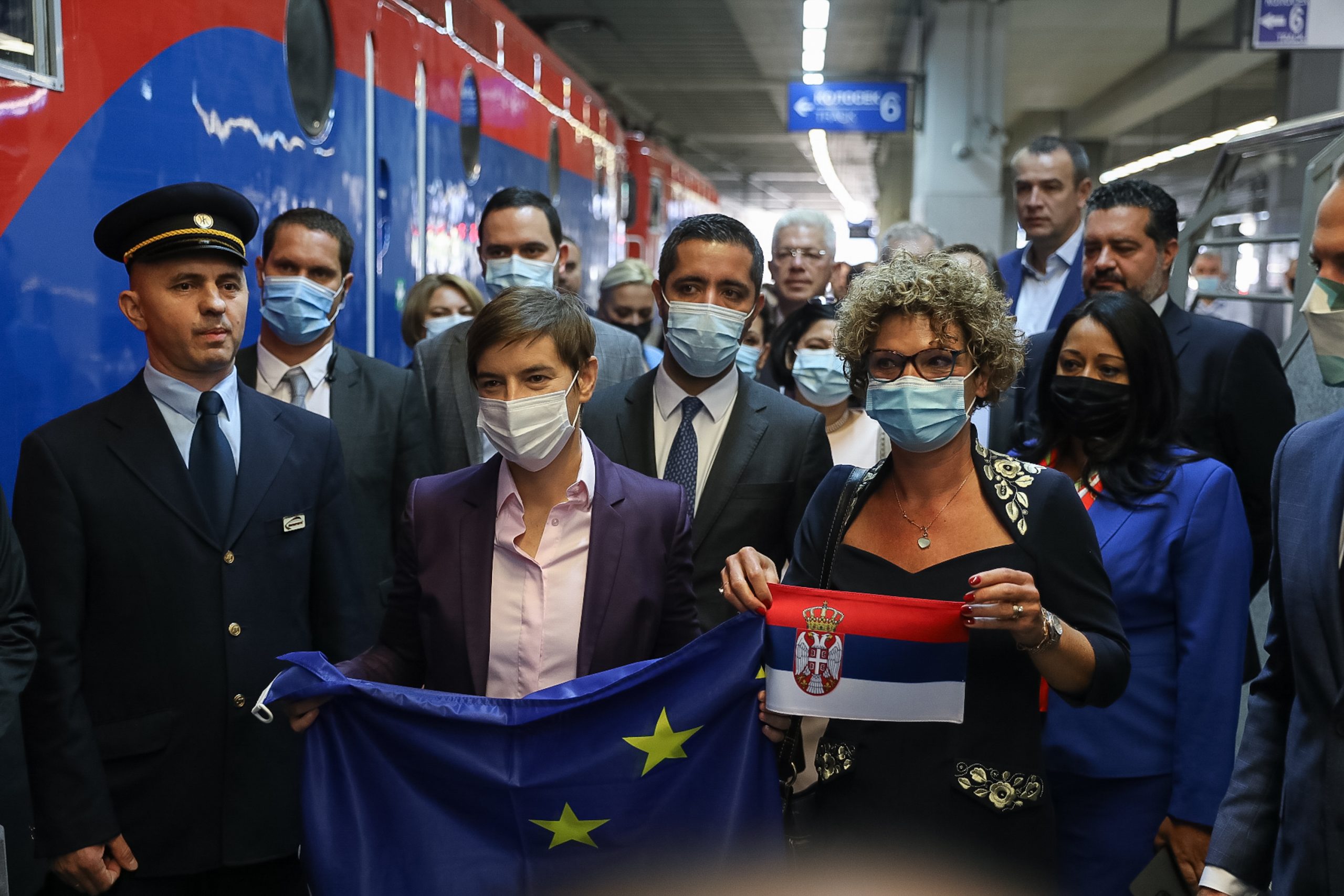 The European Year of Rail is part of the EU’s efforts within the framework of the European Green Deal aiming to move to a sustainable economy through achieving climate neutrality by 2050. One of the key elements of this plan is the introduction of greener and healthier forms of transport, given the fact that the transport sector is responsible for about 25 per cent of greenhouse gas emissions in the EU.

The European Green Plan aims to reduce emissions by 90 per cent by 2050. Rail transport is responsible for only 0.4 per cent of total greenhouse gas emissions in the EU, and emits far less carbon dioxide than road or air transport, and is the most sustainable, innovative and safest form of transport in the EU. Compared to the EU, where 75% of the total railway network is electrified, in the Western Balkans, that figure is less than one third.