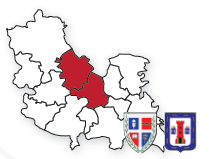 The Grand Bačka Canal or the Kiss Canal is part of the Danube–Tisza–Danube system. It has 73 miles in length and connects the Danube (near Bezdan) to Tisza (near Bečej). The route between these two locations is shortened by more than 124 miles, and the canal is also used to supply water and drain soil in this part of Bačka. The Grand Canal’s riverbed’s narrowest part is 55 feet wide, while the width near the top stands at around 82 feet. The widest part of the waterway, near Bačko Gradište, has around 1148 feet. The average depth of the canal is 9 feet. The settlements situated on the canal’s banks include Bezdan, Sivac, Crvenka, Kula, Vrbas, Srbobran, Turija, Bačko Gradište, and Bečej.

In the 20th century (1957), the canal became the backbone of the Danube–Tisza–Danube water system — a unique hydro engineering system for flood control and hydrotechnical management, land reclamation, water supply, navigation, tourism, and fishing. Because of the pollution and accumulating sludge, today the canal is too shallow for river vessels and ships and dangerous for swimming, ranked by the Ministry of Environmental Protection of the Republic of Serbia among the three ‘blackspots’ in Serbia. The canal was first polluted in the second half of the 20th century because of the rapid development of industry, inadequate treatment of industrial water that discharged into the canal, and intensifying agricultural production, as well as municipal wastewaters from Vrbas, Kula, and Crvenka. The canal is polluted mainly by heavy metals, hydrocarbons, and pathogenic organisms. A lengthy lack of maintenance and sludge removal resulted in large sludge deposits.

The last sludge removal from the entire canal was done in 1968. An estimated 9.5 cubic miles of polluted sediments are in the canal presently. Because of the sludge accumulation, the water depth in some parts of the canal is only 11–15 inches, which means that 90% of the canal’s surface is filled with sediment and nonflowing. Navigation is impossible, the water flow is significantly reduced, and the canal itself represents a health risk for the people living in its vicinity. The Grand Bačka Canal is one of the most polluted watercourses in Europe.

The project’s ultimate goal is to improve the living environment in the Vrbas municipality by remediating the Grand Canal in a stretch of 3.7 miles, from the mouth of the Vrbas–Bezdan canal into the Bečej–Bogojevo canal (triangle) to the Vrbas water hub.

Within the EU PPF program, the EU PPF8 project unit’s expert team will prepare the technical documentation for:

The project represents the third and final stage of the Grand Bačka Canal remediation programme, which consists of:

Stages 1 and 2 were prerequisite for the Grand Bačka Canal remediation. 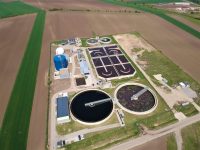 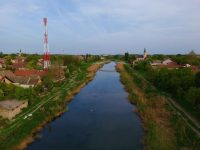